Corona, Calif. (February 1, 2016) – Last weekend the Monster Energy/Pro Circuit/Kawasaki Team was at O.co Coliseum in Oakland, CA, for Round 4 of the 2016 Monster Energy AMA Supercross FIM Championship. Joey Savatgy dominated throughout the night and was deservedly earned a 1st place podium finish and overtook Cooper Webb’s points lead for the 250SX series. Chris Alldredge also had a solid performance, finishing 20th after getting stuck at the start in 22nd. The team is looking to solidify a few things, continue practicing and head to Round 5 in Arizona next weekend with confidence and momentum.

Hard Work Pays Off For Savatgy

Joey Savatgy enters every race with the mindset of winning and this weekend it showed, as a huge win is exactly what he got! Savatgy earned his first career Monster Energy Supercross 250SX victory, dethroning Yamaha rider Cooper Webb, and taking over as the current points leader for the West. To start off the night, he took yet another heat race win, and in the main, Savatgy started out in 3rd around the first corner, pushing to advance to second by the 4th lap. By the 12th lap, he was able to take over 1st place and earn the coveted checkered flag.

“Today was really good. Qualifying went well and I earned my first supercross win, and the points lead, so emotions are really high right now. Time to go back to the farm and keep working as hard as we have been.” 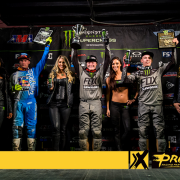 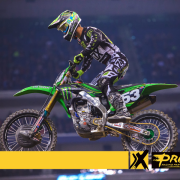 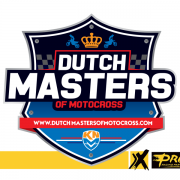 Official partner of the Dutch Masters of Motocross 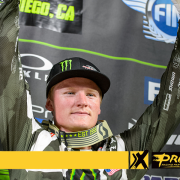 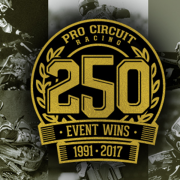